This film-based installation is an early work by Miguel Calderón, a leading member of the alternative art scene that burgeoned in Mexico during the 1990s. Calderón, who earned his BFA from the San Francisco Art Institute in 1994, works across various media, often incorporating allusions to popular culture and addressing violence, corruption, and class hierarchy in Mexico. The film here transposes the artist’s self-portrait being shot with a Los Angeles Police Department instructional video on how to fire a gun. The wounded self-portrait and disorienting refraction from the disco ball enact a fragmentation of the image, evoking a recurring annihilation of the self and the vulnerability of the body to violence. 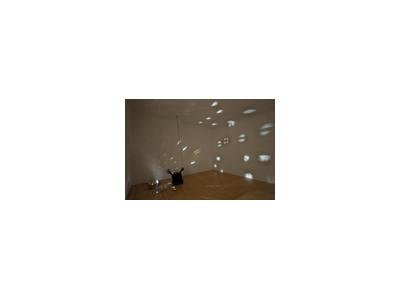