In this collaborative work, Svetlana and Igor Kopystiansky have edited a scene shared by two characters in Michelangelo Antonioni’s classic Italian film L’Eclisse (1962) played by Monica Vitti and Francisco Rabal. The Kopystianskys have removed the spoken dialogue and disrupted the narrative structure of the original, resulting in a nonlinear sequencing in which time is recursive, and moments repeat and return. The effect recalls the functions of memory or a dream, where logic slips and conclusions are elided. In the absence of spoken dialogue, bodily gestures and visual imagery become the predominant language, accentuating Antonioni’s own approach to filmmaking, which is characterized by extended duration and narrative expectancy. Here, in the pregnant space of spoken silence, the incommunicable is palpable, heightening the sense of distance and isolation in Antonioni’s original film and evoking a sense of existential solitude. 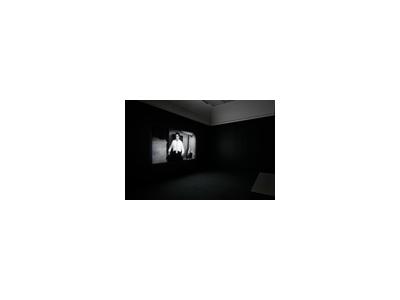