Though photography was first invented during the late 1830s, it was more than a decade before it became portable. The Crimean War (1853–56) was thus the first major international military conflict fully documented in photographs. Although then possible to take cameras and portable darkrooms into the field, long exposure times and the awkwardness of large equipment limited Méhédrin and Langlois to recording still scenes of the physical devastation wrought by the warfare.

-- Label copy for The Photographic Impulse: Selections from the Joseph and Elaine Monsen Photography Collection, July 12 to November 10, 2002. 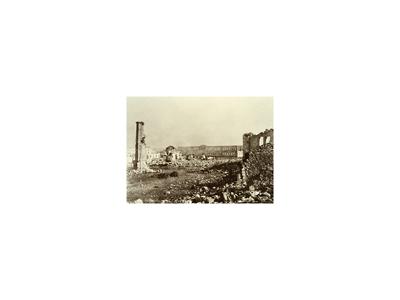