Berenice Abbott's earliest work consisted of straightforward and penetrating portraits of people in the art word made during the 1920s while she lived as an expatriate in Paris. On her return to New York in 1929, she was inspired by the city's building boom and set about producing an elaborate and systematic document of it. After developing the photography department at the New School for Social Research, Abbott became a pioneer of scientific photography at MIT in Cambridge. Abbott is also recognized for her enormous accomplishment in preserving Eugene Atget's archives in Paris in the late 1920s. She rescued them from destruction, preserved the negatives, then printed the work and finally published much of it. -- Label copy for After Art: Rethinking 150 Years of Photography, December 4, 1994 to March 26,1995. 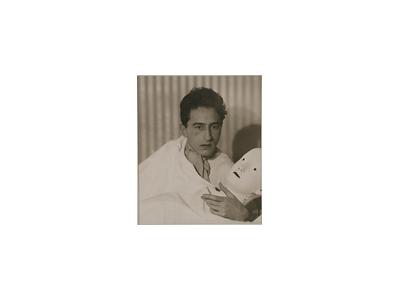 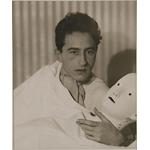