Diorama is a multi-channel installation piece that utilizes nine television monitors that are scattered throughout a domestic living room scene. This set-up enables the sculptural qualities of the monitors to create an approachable environment. Each monitor simultaneously plays back visual and audio components of a single character scene from the 1980s soap opera, Dallas. The resulting chaos is a harsh critique on the dullness of American archetypes in media. 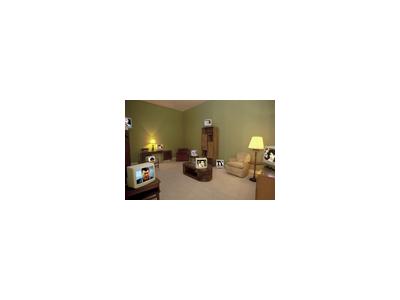