Futile Negotiations
In the classic children’s story The Velveteen Rabbit, a sick boy’s cherished plaything is discarded after the boy’s doctor deems it a “mass of germs” that must be “burned at once!” The risk of infection separates the Velveteen Rabbit from the boy and threatens his chance at being loved, which the rabbit learns is the path to becoming “really real.”
Similar to the Velveteen Rabbit, the Negative Bunny of Nayland Blake’s video also has a desire to be loved that is thwarted by the specter of infection. Throughout the video, Negative Bunny, voiced in Blake’s incessant whine, attempts to convince his partner that he is HIV-negative and that physical intimacy is safe. His persuasive strategy includes an arsenal of pop psychology clichés: “Face your demons. . . . Fear eats the soul. . . . It’s like a fire walk. . . . You should follow your bliss.” Ultimately, such positive-thinking platitudes prove useless in assuaging his partner’s apparent doubt. Increasingly infuriated, Negative Bunny resorts to outright begging: “C’mon! C’mon! Just let me!” We see him as negative indeed, but not necessarily in the way he intends, as his own fears—of infection, of solitude—drive him to a darker mode of influence. His tone vacillates between desperation and repudiation: “You’re like that death star in Star Wars and you’re sucking the energy right outta me!” The unrelenting cajoling exhibits an abject worry of contagion, of being unlovable and, ultimately, of “vanish[ing] from the face of the earth.”
Blake’s video is exasperating by design. Negative Bunny’s unrequited desire and unconvincing pleas for love evoke the utter futility of negotiating with the all-too-real menace of AIDS.
--Christine Harold, Ph.D., Associate Professor, Department of Communication, University of Washington

“Negative” Identity
Nayland Blake’s Negative Bunny (1994) provides a window to an earlier era in the AIDS epidemic when being “negative” was a central part of some people’s sexual identity. In the early 1990s, a positive test for HIV foreshadowed inexorable decline toward illness and premature death. Because HIV can be passed from person to person by sex, stigma and fear of HIV-positive people was intense. In this context, being “negative” carried significant weight in sexual interactions. Here, Negative Bunny is determined to leverage this label, as he tries to persuade someone to have sex with him, insisting, “I’m really, really, negative!”
Viewing this video in 2015, it is interesting to consider how advances in HIV treatment and prevention have influenced sexual identities. Confirming HIV status in 1994 required an experienced laboratory and took days; Negative Bunny lies about getting tested just two to three hours ago. Today, rapid HIV testing yields results within minutes, and can be performed anywhere. Treatment of HIV with a single pill once a day can transform the infection to a chronic, manageable health condition. Effective treatment of people living with HIV also makes it very unlikely that the infection will be passed to other people. Anti-HIV medicines taken by people who are HIV-negative can greatly reduce their risk of becoming infected. With this expanded set of effective treatment and prevention strategies, the lines that separated “negative” from “positive” as sexual identities in 1994 are less distinct today. These developments are undoubtedly shifting the dynamics of intimate relationships and sexual encounters, particularly in the communities most impacted by HIV. -- R. Scott McClelland, MD, MPH, Professor, Departments of Medicine, Epidemiology, and Global Health; and Associate Director, University of Washington Center for AIDS Research International Core
Copyright credit: Copyright Nayland Blake, courtesy Matthew Marks Gallery 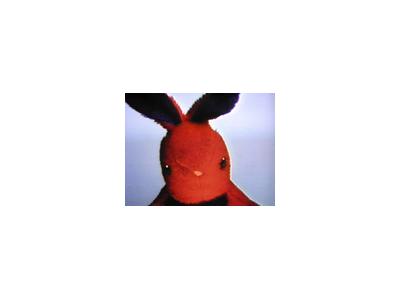