In the early 1920s, August Sander set out to make a photographic record of all the German social types he could identify. He called the project “Citizens of the Twentieth Century.” The series includes farmers, politicians, artists, industrialists, secretaries, the disabled, the unemployed and dozens of other individuals he considered representative of Weimar-era German social “types.” Filled with nostalgia, his pictures and the conservative agenda they represent anticipate some of the theories espoused by Hitler and his followers. Ironically, Sander found himself an enemy of the Third Reich when Hitler came to power in the mid-1930s because of his son’s affiliation with progressive communist groups. He was forced to flee his hometown of Cologne and to abandon his politically inflammatory portrait project for landscape photography.

-- Label copy for The Photographic Impulse: Selections from the Joseph and Elaine Monsen Photography Collection, July 12 to November 10, 2002. 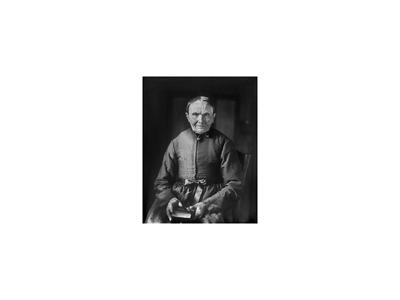