Truman Capote (1924–1984) was an American novelist, short story writer, and playwright. His best known works are considered to be literary classics, including the novella Breakfast at Tiffany’s and the “non-fiction novel” In Cold Blood, which earned Capote international acclaim for his chilling documentation of a small-town murder. -- Label copy for Somebody, April 1 to August 3, 2008. 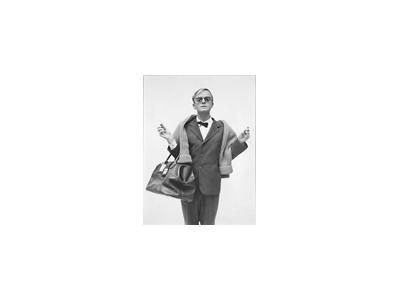